Comparing Airtable and Notion: Uses cases and advantages for both apps

Airtable and Notion are both popular web tools for startup and enterprise organizations alike. In this post, we'll show you how both tools enable you to manage your company's data and resources, and help you decide which is the better software for your team. 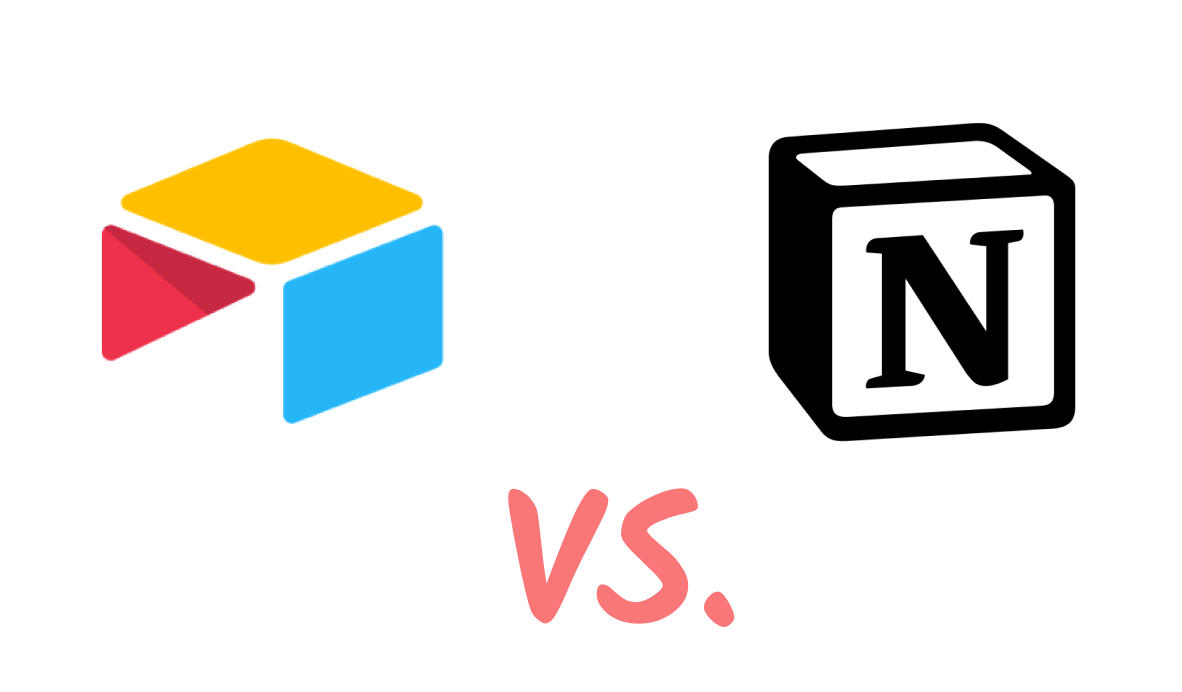 For startups and growing companies, managing your team’s data and documents can be a headache. Scattered resources in Google Drive, Slack, and everyone’s personal devices make it difficult for everyone to find what they need to get their work done.

In this post, we’re going to take a look at two web tools that can help you to organize and access your company’s critical information: Notion and Airtable.

Both of these apps are great solutions for managing your company’s data and resources, but they each fill a somewhat different niche.

In this post, we’ll explain the relative strengths and weaknesses of both tools, and I’ll share my thoughts on which use cases are best suited to each app.

Notion and Airtable: Key Use Cases and Differences

First, let’s take a look at the overall differences between the two tools.

Notion is a piece of software that is all about creating documents. It has extensive formatting and styling options for your text, and a huge array of blocks that you can add to any document.

If you want to create user guides, or an employee handbook, or a training curriculum, or any text-based resource, then Notion is a great app to do it in.

Notion also allows you to create tables and databases which can include some impressive features like linked records.

Airtable, on the other hand, is essentially a highly sophisticated spreadsheet app. It’s somewhat similar to Google Sheets or Excel, but with far more features for organizing and using your data.

For instance, you can use filters and views to display any subset of your data that  you want; you can use form views to let your team or your clients easily contribute to your database; and you can use automations and extensions to build workflows around your data.

Using Airtable and Notion together

With complementary strengths and weaknesses, Airtable and Notion work great together. By creating your text documents in Notion and managing your data and automations in Airtable, you can get the most out of both tools.

However, dividing the two into distinct use cases isn’t always so straightforward. Notion can also create databases, and you can create interfaces in Airtable to give context to your data.

And in many cases, you may prefer to consolidate everything into a single app.

So let’s dive into the more specific distinctions that really set these apps apart from each other and explore how you can use them in your workflows.

First, let’s compare one of the primary aspects that you’ll interact with in both apps: their interfaces and visual organization.

Notion’s layout is highly customizable and modular. It allows for almost endless nesting of your data and documents. Any page or table can be nested within another page.

This kind of flexibility allows for nearly any organizational system that you want to create, but it can make it difficult to quickly surface a specific piece of data.

It might also be overwhelming for first time users since you never really know how deep things are nested.

In comparison, Airtable has a more strictly defined organizational hierarchy. All of your data is stored in individual bases. Each base can contain several tables, and each table can be organized into different views that sort and filter your data.

The workspace holds bases, bases hold tables, tables hold records, and records have fields. That’s it; no nesting, no changing the existing hierarchy.

Notion’s customization makes it great for creating specific, guided paths with your documents, while Airtable’s more standardized layout makes it much easier to search for data.

Notion’s search functions can help you to find whatever you’re looking for, but if your databases have over a thousand records each, its indexing will likely make it hard to sift through any redundant or similar entries. Making search slow and less useful.

Again, the key distinction between these two apps is that Notion’s interface makes it more ideal for creating docs for people to read, while Airtable is better at organizing databases and analyzing data.

Formatting and styling text in Notion and Airtable

In terms of formatting and styling text, Notion easily has the advantage over Airtable. You can add headings, dropdown toggles, background colors, columns and more to customize the layout of any given page.

By contrast, an Airtable spreadsheet is mostly just a typical spreadsheet - albeit with a little more color and visual depth. In a standard table, you’re limited to a single font and no significant style options. However, you can color code records based on rules and add rich text to a Long Text field.

Airtable’s interfaces offer you more choices for customization, but these only exist as separate views to explore your data.

If you need lots of options for visually formatting information for your team or clients to read, then Notion will probably be the better choice.

Workflow Automation in Notion and Airtable

Any SaaS tool can be used for automation, and that certainly includes both Notion and Airtable. You can easily automate data into and out of your Notion pages and Airtable databases using tools like Zapier or Make, as you can see on XRay.Tools.

However, if you’re not already using third-party automation tools, then you’ll find that Notion and Airtable aren’t on the same page when it comes to native automation abilities.

Airtable includes some pretty useful features for building automations right within the app.

Its native automation capabilities aren’t as widely integrated as what you’d find in Zapier or Make, but it can still write scripts, build if-then flows, and automatically send information to popular apps like Slack, Gmail, and Salesforce.

Notion, on the other hand, lacks any built-in automation features. You can still automate Notion using other tools, but it doesn’t offer those capabilities right out of the box.

What if you want to look at reports and analytics about all the data that you’re creating and storing?

Airtable has reporting features for generating visualizations via their extensions library, such as the “Charts” extension developed by Airtable themselves. It’s also pretty easy to set up a data pipeline into more robust reporting software like Tableau or Google Data Studio if you’d like more control over the details.

Notion, on the other hand, simply does not have any natively supported reporting. There are third-party add-ons available, but these focus on ‘views’ of individual pages, not necessarily analyzing the data points of your Notion workspace.

For instance, they won’t let you see the number of records changed, or meta-statistics about your team's usage or project completion statuses. If reporting is essential for your team, then you’ll probably want to use Airtable.

However, you could also use Notion and Airtable together.

Connecting Notion to Airtable for reports

At XRay, we actually built an Airtable-based analytics system for Notion. We manage all of our tasks and projects in Notion using a custom system of templates and automations. Then, to view analytics and reports on our tasks, we turn to Airtable.

By connecting the two, we know how many tasks were created per project, when, and by whom.

We know how many tasks were completed, we know who is assigning tasks and what percentage of tasks are completed before their due date.

Note that neither Airtable or Notion will natively give you these granular usage analytics, but it is possible to create a system that can capture how your team is working, not just providing them a structure to work within.

If you want to get usage analytics for your Notion workspace, just click here to schedule some time to talk.

Pricing plans in Airtable and Notion

No software comparison would be complete without bringing up the issue of price.

You don’t need a seat for everyone on your team

At only $8/mo, Notion is obviously the more affordable option.However, It's more likely you’ll want to pay for more of your team to access and contribute to Notion. With Airtable, it’s common for a smaller subset of your team to need edit access to your bases.

Depending on the skillset and needs of your team, a combination of both tools may be the most affordable and appropriate option for you.

In any case, you don’t necessarily need to pay for a seat for everyone on your team with either app. Both apps let you control permissions on a granular level, and offer alternatives to granting full edit access.

You can just share an Airtable form view with people who need to contribute entries to a database, or share specific pages in Notion rather than adding another seat to your workspace.

Ultimately, if price is a major concern, Notion will clearly be the better choice, but neither app is prohibitively expensive for a small team.

Using Notion and Airtable to support your company

However, both apps do work well together. The two are not mutually exclusive. For many companies, the best choice will be to adopt both and use each one as needed in specific circumstances. 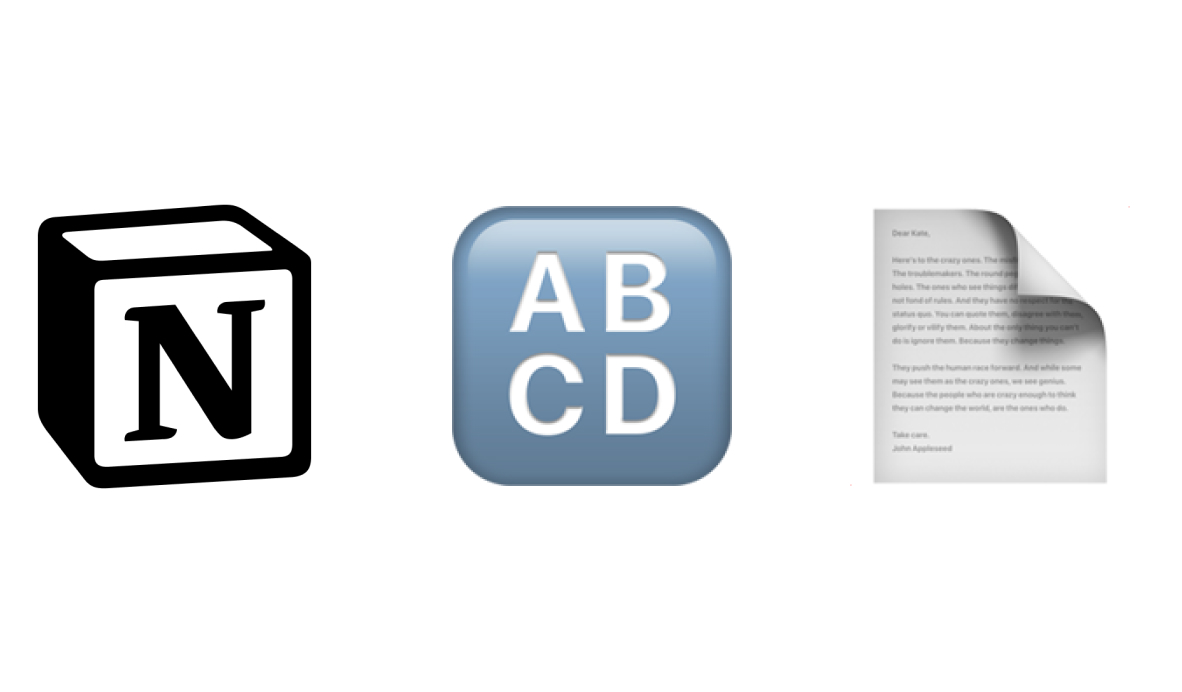 How to Create 3 Types of Templates in Notion 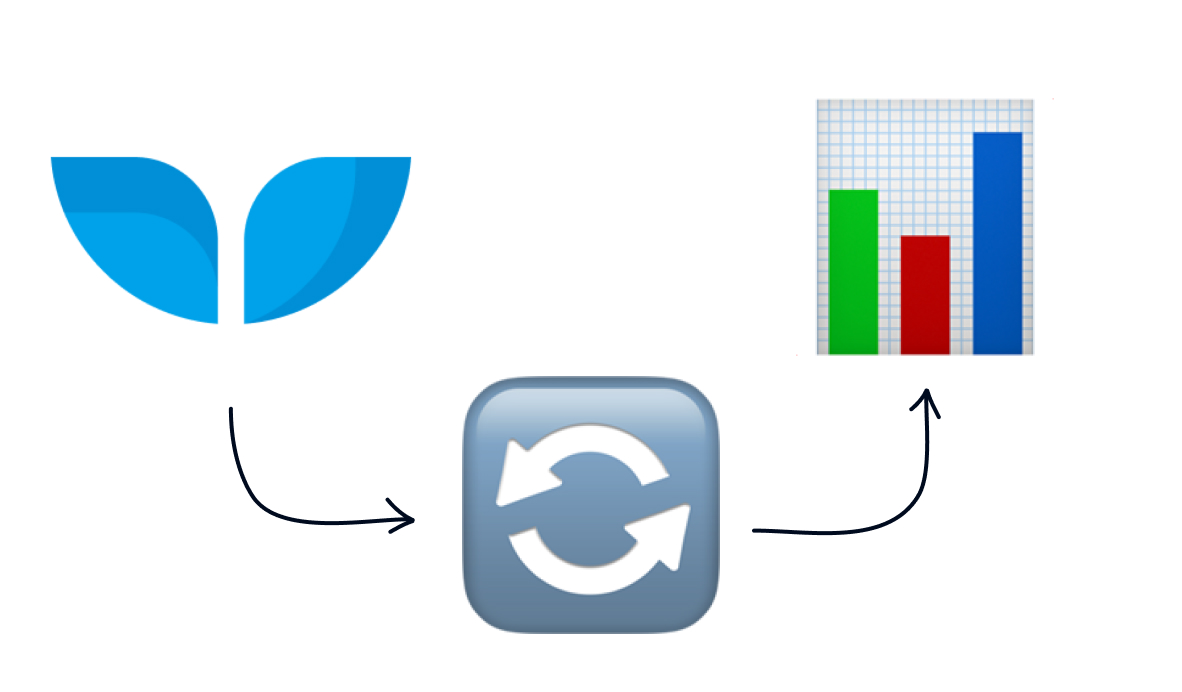 How to Sync Notion and Airtable Databases with Whalesync 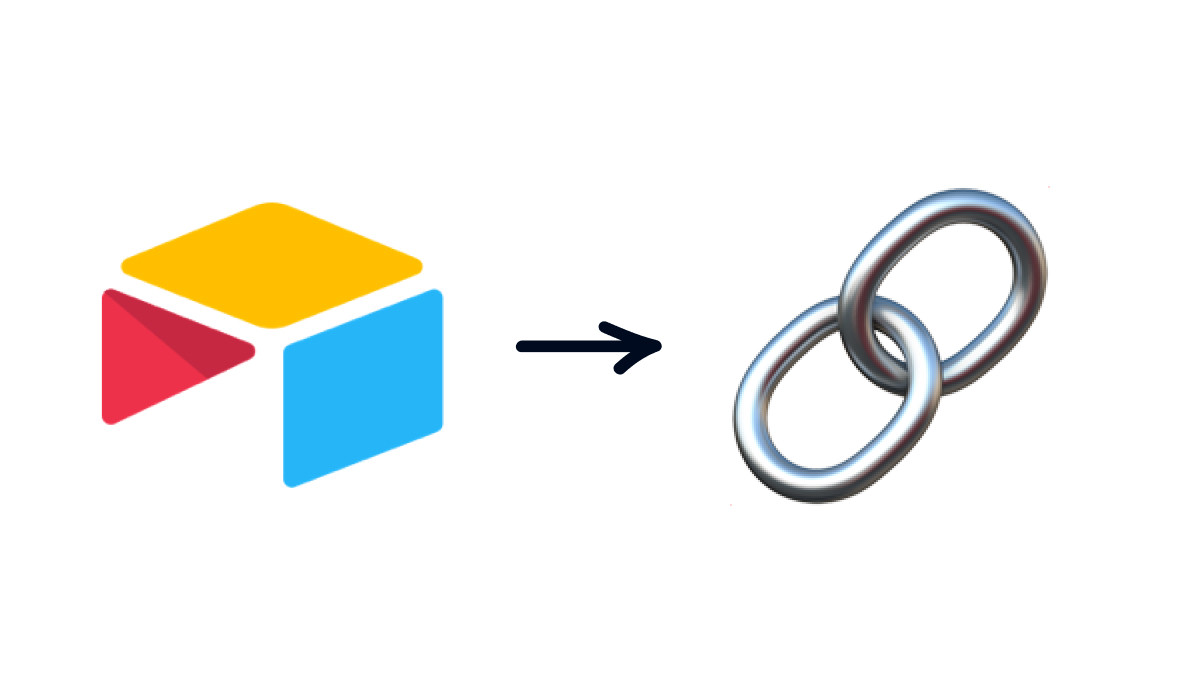 How to Make Linked Records in Airtable 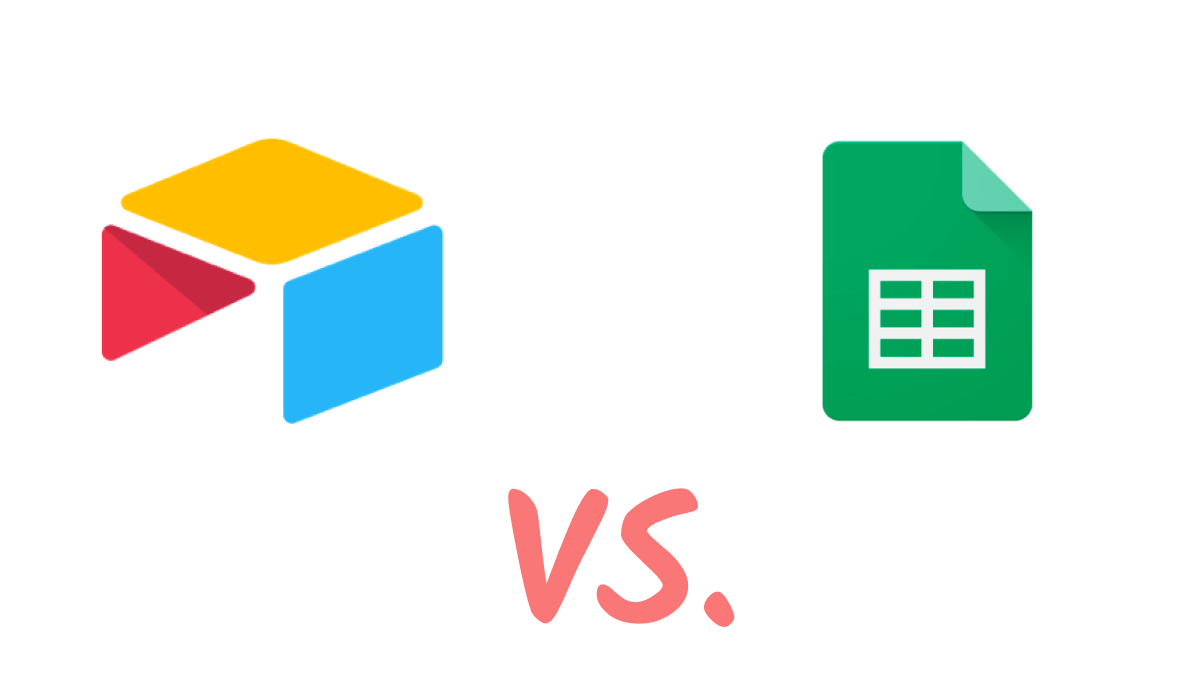 Choosing a Spreadsheet App for Your Company